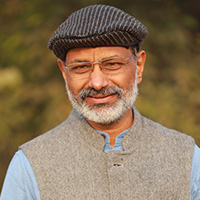 Ved Arya is the CEO of SRIJAN. He has a degree in Engineering from IIT Kanpur and a Master’s degree in Business Administration from IIM Ahmedabad . He began his career in the private sector as a management consultant (TCS). He was one of the few who built Professional Assistance for Development Action (PRADAN) along with others. In 1997, Ved left PRADAN and set up Self-Reliant Initiatives through Joint Action (SRIJAN), which is known as one of the leading rural livelihoods promotion organizations in the country today. Ved has been on several policy-making bodies including the Steering Committee on Rural Development of Planning Commission that developed the draft 12th Five Year Plan.