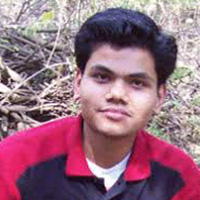 Tathagat Avatar Tulsi (born 9 September 1987) is an Indian physicist, best known as a child prodigy. He completed high school at the age of 9, earned a B.Sc. at the age of 10 and a M.Sc. at the age of 12 from Patna Science College (Patna University). In August 2009, he got his Ph.D. from the Indian Institute of Science, Bangalore at the age of 22. In July 2010, he was offered a position as Assistant Professor on contract (a non-permanent teaching position for fresh Ph.D. graduates) at IIT Bombay. IIT Bombay terminated his employment in October 2019 as he was absent since 2018. Tulsi claimed that the “climate” of Bombay made him sick and he wanted to be “transferred” to IIT Delhi, an impossibility given every IIT is an independent university.
When he was admitted to a PhD program at the age of 17, the then dean of the physics department at the Indian Institute of Science, replying to a journalist’s query, described him as a “good boy, very lovable and working to achieve his goals”; however, he declined to comment on the description of Tulsi as a prodigy.
He received wide public attention in 2001, when he was shortlisted by the Indian Government’s Department of Science and Technology (DST) to participate in a Nobel laureates conference in Germany.
Tulsi was admitted by the Indian Institute of Science (IISc).,where his Ph.D. thesis was on “Generalizations of the Quantum Search Algorithm”. He co-authored an unpublished research manuscript (“A New Algorithm for Fixed-point Quantum Search”) with Lov Grover, the inventor of a quantum search algorithm that goes by his name.
Tulsi was once cheered on as one of the most gifted Asian youngsters by TIME magazine, mentioned as “Superteen” by Science, “Physics Prodigy” by The TIMES, “Master Mind” by The WEEK and listed by Outlook as one of the smartest Indian youngsters. Tathagat Avatar Tulsi participated in the Stock Exchange of Visions project of Fabrica, Benetton’s research centre in 2007. He was invited by Luciano Benetton for a dinner in honor of Al Gore on 14 June 2007 in Milano, Italy. Tathagat’s story was showcased by National Geographic Channel in the program My Brilliant Brain. The episode named “India’s Geniuses” was aired on 13 December 2007 and was hosted by Bollywood actress Konkona Sen Sharma. He was interviewed by 14-year-old Trishit Banerjee for his magazine Young Chronicle.