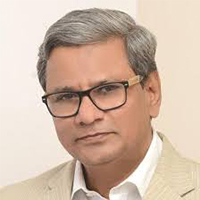 Tamal Bandyopadhyay is a columnist, an author and an adviser to a bank. He is known for his weekly column on banking and finance, Banker’s Trust, now published in Business Standard. He has authored four books — namely From Lehman to Demonetization: A Decade of Disruptions, Reforms and Misadventures, Bandhan: The Making of a Bank, Sahara: The Untold Story and A Bank for the Buck. All four books have been non-fiction best sellers. Incidentally, he had to fight a Rs200 crore defamation suit that the Sahara group had slapped on him to stop the publication of the book on shadow banking in India. A student of English Literature (a postgraduate from the University of Calcutta), Bandyopadhyay began his career in journalism as a trainee journalist with The Times of India, in Mumbai in 1985. Subsequently, he has worked with four national financial dailies: The Economic Times, Financial Express and Mint, beside Business Standard. The Banker’s Trust column started in February 2007 in the second edition of Mint, an Indian business daily brought out by HT Media Ltd. Bandyopadhyay, a key member of the founding team of the paper, was its Deputy Managing Editor till July 2014 when he gave up his executive role and became a Consulting Editor.