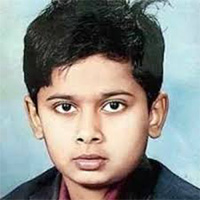 Satyam Kumar, the 13-year-old son of a farmer from Bhojpur district, has cracked the IIT-JEE again this year with an impressive all-India rank of 679. This is despite the fact that the examination was held in an altogether different format this year.
At the age of 12-and-a-half years, Satyam had got the all-India rank of 8,137 in 2012 and was not happy with his results. He had then resolved to appear in the examination again to improve his ranking.
Since then, he had been studying at Kota in Rajasthan to pursue his goal. He hit the bulls eye when the results of the IIT-JEE were announced on Friday.

Satyam said that he would like to pursue computer engineering either from Mumbai or Kanpur IIT. He said that he would like wants to excel in the field of information technology while pursuing his course at the IIT. “I also want to develop something on the lines of the social networking site Facebook,” he said.
The young prodigy, however, has also set his sights on bureaucracy and would also like to qualify in the civil services examination in future.