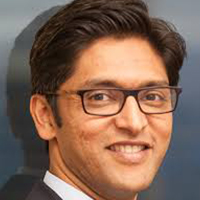 Rahul Chandra was one of the earliest tech VCs in India, starting in 1998 as part of the team at Walden International’s India-focused fund. He later moved to Palo Alto, CA to invest in Silicon Valley start-ups. In 2005, he co-founded Helion Ventures and relocated to India. At Helion, he invested more than $100M in 15 companies, a list that includes Equitas (IPO), Spandana (IPO), Shubham Housing, UnitedLex, Toppr, Railyatri, MoEngage and Seclore. Rahul has an undergraduate degree from BITS, Pilani and an MBA from UC Berkeley. He is the author of “The Moonshot Game – Adventures of an Indian VC”, a book that captures his experience of investing in India from 2006 to 2016.