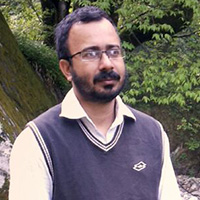 Pradyut Bhattacharjee is the current Executive Director of SeSTA. He is an Engineer by education and has been a development professional for the last 18 years, leading teams and projects during his stint with Professional Assistance for Development Action (PRADAN) in Jharkhand & Chhattisgarh; he has varied experience of promoting & nurturing women collectives, grooming young professionals, organisation development processes. Pradyut is also an empanelled National Resource Person of NRLM supporting State Rural Livelihood Missions (SRLMs) across North-Eastern states. He has worked on value chains of Lac, vegetables like tomato and brinjal. He has long experience of working on institution building, social mobilization and sustainable livelihoods. He has worked as Chief Executive Officer of one of the largest Women Cooperatives in Jharkhand, working on input and output linkages. Pradyut has been engaging with rural poor under different projects in collaboration with APPI, ITC, TATA Trusts, UNDP, TWC, IFAD, TRIFED, WFP, MORD, NRLM and local administration in several areas of Jharkhand,
Chhattisgarh and North East Region of India. He has been leading Seven Sisters Development Assistance (SeSTA), a premier development organisation of North-East India since 2015. It is one of the few professionally managed development organisation o NE comprising of a bunch of young professionals.