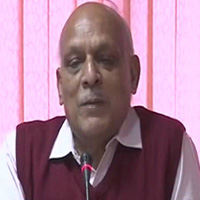 Pankaj Jain is Founder-Chief Functionary of Education Support Organisation which runs Gyan Shala, a NGO that serves the education needs of several districts across multiple districts in India. Gyan Shala is a unique model that seeks to educate children by focusing primarily on curriculum development, and thus reducing the costs associated with educating children. Jain works extensively with the Gyan Shala model in the slums of Ahmedabad, and Bihar. Gyan Shala is supported by international charities such as the Michael and Susan Dell Foundation. Prior to this role, Jain was deeply involved in development work, and consulted for the Ford Foundation, Grameen, BRAC and AMUL among others. He was also a Professor of Strategic Management and Development at institutions such as MIT and the University of Sussex. Jain was educated at the Indian Institute of Technology, Roorkee, the Indian Institute of Management, and was a Fulbright Fellow at the World Bank and the Harvard Institute of Development.