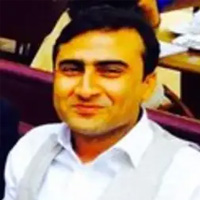 Kishor Jha is the Founder of Ergos. Prior to founding Ergos in early 2012, Kishor briefly worked at Barclays Bank Plc, in their Premier Banking Group. He worked with ACC Limited across the various functions based out of Motihari (Bihar) where he handled rural marketing. He also worked with ICICI Bank and group, and Future group, where he managed close to 100 crore portfolio on exchange traded agriculture commodity derivatives products in Bangalore. A veteran in the field of agriculture, Mr Jha is from an agriculturist family in Madhubani district in Bihar where he learned agriculture not by only professional engagement, but its imbibed skill inculcated by generations and ancestors. He has been closely involved with the agriculture movement and farmer communities in Bihar, and Karnataka. He was the winner of the “Master Entrepreneurs- CNBC-South Zone” award by CNBC in November 2014. Kishor earned a Masters in Business Administration (MBA) from PUMBA and SIBM in Marketing and Foreign Trade. He also earned a Bachelor in Physics from Magadh University.