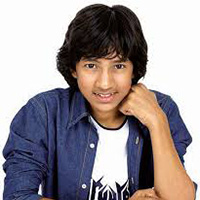 KishanShrikanth (Kannada: ಕಿಶನ್ಶ್ರೀಕಾಂತ್) (born 6 January 1996), professionally known as Kishan SS or Master Kishan, is a film actor and director from Karnataka. As of January 2006, having acted in 24 films and in many popular Indian soap opera (more than 300 episodes), he directed a feature film, C/o Footpath (Care of Footpath), about an orphaned boy who wants to go to school.The film is adapted from a short story written by himself,and the cast includes prominent Indian actors Jackie Shroff, Saurabh Shukla, B. Jayashree, Sudeep and Tara. Kishan himself plays the lead. The film has been dubbed into five major Indian languages and it has also been released in English. It was first shot in Kannada and the original version was released on 26 November 2006. Shroff said of Kishan: “He is such a genius that I had to work in his film. He is constantly thinking about his next shot, constantly innovating to make it better. He is sure about what he wants from his actors”.
Kishan counts Arnold Schwarzenegger, Tom Cruise, Keanu Reeves, Jim Carrey, Amitabh Bachchan and many more among his favourite actors.
In November 2006, he was listed as the “youngest director of a professionally made feature length film” by the Guinness Book of World Records (GBWR).He replaces Sydney Ling, who was thirteen in 1973 when he directed the Dutch film Lex the Wonderdog.