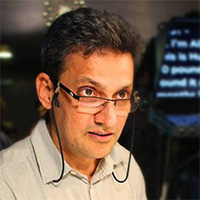 Kireet is a Film-Maker and Director at Climb Media. A High-Honours graduate from Sheridan College, Canada, Kireet has won six President’s National awards for his works besides others. He has made 20+ short films for UNICEF International, National Film Board of Canada, Childline, Save the Children India, USAid, John Hopkins, NACO, etc. on various public service causes like child marriage, AIDS, corporal punishment, child labour, child rights, cruelty against animals and others. His film- KOMAL on child sexual abuse won the National award (2015) and made compulsory viewing in schools across India by the HRD Ministry.