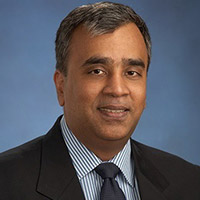 Kiran is co-head of the Operations Division within Goldman Sachs in Bangalore and is also responsible for the operations division in the fim’s Mumbai offie. He serves on several fim committees, including the Bangalore executive committee and the operations division operating committee. He moved to Bangalore in 2007, having previously worked in Hong Kong and Mumbai to build the India domestic equities and listed derivatives businesses for the fim. Kiran joined Goldman Sachs in 2006 and was named managing director in 2008. Prior to joining the fim, Kiran held senior positions at J.P. Morgan and Bank of America in Mumbai. Kiran is a member of the Institute of Chartered Accountants of India, Institute of Cost and Works Accountants of India, and the UK Institute of Risk Management. He graduated from the University of Bombay in 1989.