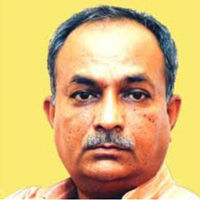 Harinesh started his career with Shreyas School in 1982 as in-charge of Shrirangam, children’s theatre division. He continued with Shreyas Foundation till 1986. He completed his post graduation in law and then worked voluntarily for ‘Trade Union Movement’ for 18 years. During Earthquake of 2001, Harinesh joined the rescue and relief operations in Kutch and then continued with social rehabilitation of earthquake-affected children with a state level network called Janpath. In 2002, during communal violence, he went around almost all the worst affected districts and played a key role in conducting ‘Sadbhavana Sammelans’. For past 12 he has been successfully handling responsibility of “Executive Secretary” of Janpath Network.