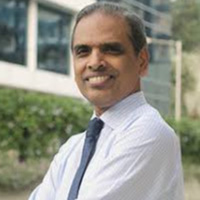 C. Babu Joseph is the Executive Trustee and CEO of Axis Bank Foundation. He is also a Certified Associate of the Indian Institute of Bankers. He started his career as an Assistant Professor in the Kerala Agricultural University and in 1979 joined State Bank of Travancore, as a Probationary Officer. In June 1995, he moved to UTI Bank (subsequently renamed as Axis Bank) and worked at their Bangalore, Ahmedabad, Basaweshwaranagar and Hyderabad branches. On his promotion as Senior Vice President, he was in charge of Small and Medium Enterprises and Agri Business at the corporate office. He was later made President of the Advances Department that handled Small and Medium Enterprises and Agri Business, Microfinance and the Rural Initiative of the Bank.