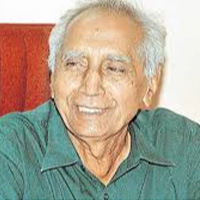 Nominated as the 2008 Man of the Year, by the Week magazine, veteran trade union leader Baba Adhav has spent a lifetime advocating the rights of porters, construction workers and others in the unorganized sector. Baba Adhav became involved with the issues of hamals and mathadis (headloaders) in Pune’s markets in the early-50s, as a young, practising Ayurvedic doctor. Born and brought up in Pune’s old Peth area, Baba grew up watching the daily toil in the timber, grain and metal markets. Baba’s Hamal Panchayat, a trade union movement launched in 1955, struck work for the first time over the issue of denial of wage hikes by jaggery merchants to hamals on 19th Nov 1956. The Hamal Panchayat is also an active partner of the Mahatma Phule Samta Pratishtan, which serves as an organising centre for workers of Pune’s large service industry, including rickshaw and tempo drivers, ragpickers and waste recyclers, handicapped people and farmers. He has also served as a Counselor in the Pune Municipal Corporation for ten years.