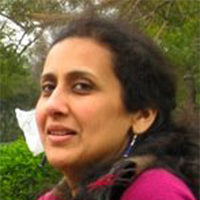 Anjali Khosla has recently joined Fortis Foundation as Manager Projects, CSR. With her social communications background her aim is to create awareness about CSR initiatives in the healthcare sector that will benefit poor, marginalized people at the bottom of the pyramid. As a founding member of ‘Moving Images’ she has 20 years experience in making documentaries on issues related to environment and development. Her award-winning works include a series of films on the political economy of water, wildlife-human conflicts, conservation and livelihoods. She has been closely associated with Samaj Pragati Sahayog and their tribal women’s garment unit, ‘Kumbaya’. She has worked with Hindustan Times Television as an editor and CENDIT (Centre for Development of Instructional Technology) She is an Economics graduate from Delhi University.